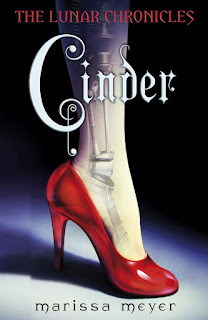 I know that I'm not the only reader out there with a TBR stack nearly as tall as I am (or maybe even taller). Really, are you even a book lover if you don't have dozens of books on standby just waiting to be read? Last year, I received The Lunar Chronicles series by Marissa Meyer in a book gift exchange (my favorite kind!) and I am finally getting started with them. I don't read a lot of YA anymore, but I thought it would be a nice, easy read during such a busy time of year.

Beginning with Cinder, I jumped into this futuristic, fantastical reimagining of classic fairytales. Cinder, a talented machinic, is a cyborg and cyborgs are treated with utter contempt from all the "real" humans in society, from the other vendors in the market to her adoptive "family". She has no memory of her life before it was saved through the surgery that turned her into a cyborg, but since then she has lived with a horrible step-mother and two step-sisters, one awful and one very sweet and kind. When Cinder is called upon to repair the Prince's android, her life takes a very unexpected turn. She finds herself in the middle of an intergalactic conflict and fighting a deadly plague all at the same time.

This book was fun and quick to read. I found myself trying to guess who each character was meant to represent from the original story, but it wasn't always obvious- much to the credit of Meyer. The storyline is unexpected enough to keep it interesting. I was especially pleased to learn that the series covers several fairytales and the storyline continues throughout the series rather than wrapping up each tale neatly at the end of its book. I've been in a bit of a book funk lately and this light, fun series may be just the thing to end the year and begin a new one.
Posted by April at 11:16 AM No comments: 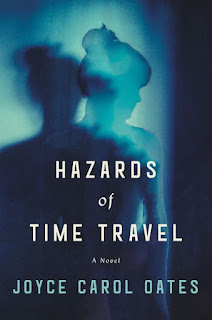 I can't remember where I first heard about Hazards of Time Travel by Joyce Carol Oates, but I'm sure it was on a list of "top books you have to read this year" or some such article. The premise caught my attention right away: a dystopian time travel book set in an obsessively controlled near future.

Adriane Strohl is a high school senior living in a time when thinking for oneself is not a reputation anyone would have wished to have; when Skin Tone is ranked from ST1 to ST10 and used as classification for a person's level of social and intellectual class; when boy students are always smarter than girl students. This is a time when the reckoning of time itself has been reset, starting with the terrorist attacks on September 11th, 2001, and when Homeland Security now rules the day and all "rights" are subject to reconsideration in light of Patriot Act-esque regulations. This is an extremely "democratic" society where everyone has a "vote", but those quotation marks are no mistake. Anyone who votes contrary to the wishes of the government is marked as Subversive and suffers the most terrible punishments. Even the president, chosen by the Patriot Party not by individuals, enjoys a 95%- 99% approval rating. All information is controlled by the government and all communication is monitored. Education has become 80% standardized testing and all formerly public lands and National Parks are now privately owned- trespassing upon which is punishable by death.

This novel had a fascinating concept but the execution was absolutely atrocious. The writing was terrible, which I found shocking since Oates is such an accomplished writer. I have never read anything else she has written, but her reputation is stellar. I kept hoping I would adjust to the voice she attempted for the main character, but it was exceptionally irritating. The random use of unnecessary parenthetical sentence structure was disruptive to the flow rather than enhancing of the statement. The book flap also includes the phrase "exquisitely wrought love story" and I couldn't disagree more. The "romance" couldn't have been less romantic.

Set in a time and place when ultra-conservative ideals have run rampant, this imagining of what the future could hold should have been compelling. Instead it was a wasted opportunity. I kept waiting to get to the point in this story that I was enjoying it, but it never came. It makes me sad to review a book so harshly, but I feel responsible to you, SmartGirls, to be completely honest.

The Shell Seekers by Rosmunde Pilcher 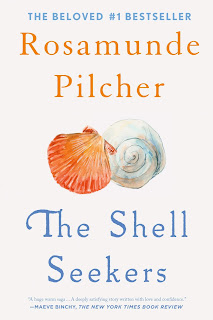 The Shell Seekers by Rosamunde Pilcher is named for the last unknown painting of famous artist Lawrence Stern which is owned by his daughter Penelope. Having reached the ripe old age of sixty-four, two of Penelope's children think it is time she sell the artwork and go ahead and pass the proceeds on to them. An epic novel, this book delves somewhat deeply into a variety of characters and takes a long swim in the past where we follow Penelope's journey through WWII, her marriage, the loss of friends and family members, and the building of new friendships and relationships.

I have strongly mixed feelings about this book. The story was good, the characters were interesting, some I loved and some I loathed, but the book was just too long. Especially the first half of the book I felt was extraordinarily slow to start and it made it difficult to get into it and want to continue reading. I persisted simply because it was a book club selection, otherwise I would probably have let this one go. I did enjoy meeting the characters and hearing about Penelope's life. I do think this is a book that some people would really love, but it would likely help to know it requires an investment in time, but that it is worth it in the end.